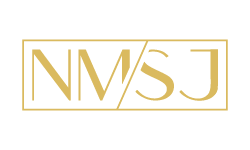 When investing in your future home, safety must be your first priority

In light of the recent events wherein there were 3 notable earthquakes with magnitudes ranging from 4.2-6.1 in various parts of the metro. The thought that when investing in a property, safety should be one of your utmost priorities. As of this writing, 16 people have already been casualties of the recent calamity that struck the metro. Found under the debris and the rubble various bodies were trapped and 24 other people were injured in different parts of the provinces located in the North. Familiarizing yourself with the basics relating to these types of calamities should aid you in making better purchasing decisions especially when it comes to buying sound investments like properties.

According to USGS.gov: “An earthquake is caused by a sudden slip on a fault. The tectonic plates are always slowly moving, but they get stuck at their edges due to friction. When the stress on the edge overcomes the friction, there is an earthquake that releases energy in waves that travel through the earth’s crust and cause the shaking that we feel.”

Based on the recent studies conducted by various recognized authorities on land topography and seismology, Quezon City would be one of the less affected areas of Metro Manila in case an earthquake happens.

This is because most of Quezon City is located in what called the “Guadalupe Plateau”.

An online article in TWT Real Estate discusses it more:

Also, based on a survey of the Bureau of Soils and Water Management [BSWM], the predominant soil type in Quezon City is of the Novaliches Loam series, commonly called adobe. This is mainly characterized as hard and compact whose quality and hardness vary as the depth increases.

When looking for a property, one has to make sure that what you buy is earthquake-proof. How would you know if something fits such requirements?

Things like reinforced concrete and hard soil should first come to mind. Also, it should be sure if things like vertical steel bars, concrete hollow block walls, and mortar mix are of the right building requirement. Homes in a good location should be at Grade 60 rebar or reinforcement bars, making your home’s foundation stronger and safer.

If you’re looking to invest in the northern part of Quezon City, Mandaluyong and San Juan. Better contact a trusted firm like New Manila San Juan to help you out in your future quake-resistant investments.

Alexa vs Google Assistant vs Siri: Which home automation works best for you

Alexa vs Google Assistant vs Siri: Which home automation works best for you

Since the launching of Siri in 2011, the use of virtual assistants in the household has exponentially increased. This is also the reason why many other companies created their own version of assistants. It wouldn’t be a surprise if…

Leave the scare off with our fail proof steps in owning your first ever home!

Leave the scare off with our fail proof steps in owning your first ever home!

Purchasing a property is a great investment. You can turn it into a small business or translate it into a place of residence. If you then decide to maximize it as your first ever home, the journey will be…

Get the latest news & updates